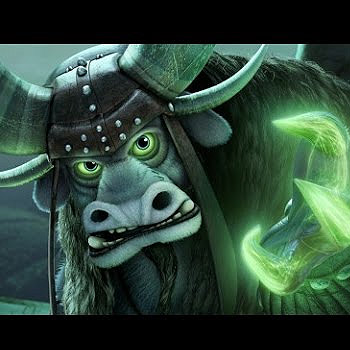 Kung Fu Panda 3 is not a great film, but it's satisfying enough a conclusion to the franchise. A "Return of the Jedi", if you will. But there are problems. Relationships that should have been explored are still only after-thoughts(the Furious Five, Shifu, Oogway's motives, etc...) There are characters and setups introduced that seem like they were supposed to have more presence and purpose, but were quickly forgotten about. You know in the trailer where it looks like Po will finally meet a panda love-interest? Yeah, nothing happens there. And not in a way that expresses the love of friendship as being just as valid as romance, I mean that character really should have just been cut from the movie altogether. She doesn't add anything the film needed, and just kind of fades into the background gags by the end.

But the biggest disappointment with Kung Fu Panda 3 is with its' villain: "Kai", played by JK Simmons doing his best George Takei impression. Normally I'd ask why they didn't just get George, but this role would be a waste of his time too.


There's the groundwork for a compelling, maybe even empathetic character that unfortunately is never elaborated on. I'm grateful the film uses its' time on more important matters, such as the relationship between Po and his fathers, as well as him getting in touch with his lost ancestry. But I think back to Tai Lung and Lord Shen, who were also powerful mean, but whose arcs are understandable.

Tai Lung was an entitled jerk, but that's because Shifu raised him to be the strongest person he could be. His master showed his love in the wrong way, and it made him arrogant. "You put dreams in my head!", he shouts at him in their final battle. It didn't even matter what he would have done if he were the recognized "Dragon Warrior", he just wanted the recognition for the life he devoted himself to. To be told your whole life that you are owed something and then be denied it is a death of the soul.

This also happens with Lord Shen. Born into royalty, he assumes he owns everything. He spends the entire film desecrating his parents' home and legacy as posthumous attacks for exiling him. Po was central to the prophecy that foretold his downfall, but what stung more to him was that nothing he could do would ever make his parents love him again. One character pleads with him that "the cup you choose to fill has no bottom.". His parents are dead, and thus can never forgive him, or fear him.

We understand where both of these characters are coming from, even if we condemn how they reacted to the wrong turns in their lives. We comprehend the pain that fuels their cruelty. They are not good people, but they are human. 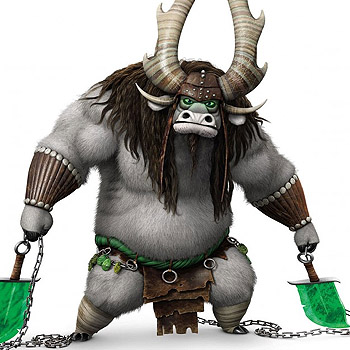 Kai has a jumbled, unclear backstory that could have given him this same weight, but something seems missing. Nobody knows who he is, except for Po and Oogway, the latter of whom he loved like a brother and fought in a war with. Against who, and for what, the film doesn't say. They are then "ambushed", but again, the movie can't even be bothered to tell us who ambushed them or why. There's no context for any of this. There's only one obscure record of him in the archives that Shifu searches for.

Obviously this character didn't even exist in the minds of the writers when the first or second movies were out. He was created entirely for this movie, and so feels like an abrupt, random interference into the universe. Or as Matt Zoller-Seitz once remarked: "a celebrity cameo wrapped in CGI fur".

Anyway, Oogway was wounded, and Kai carried him for days, searching for some place that could mend his friend. They found the panda village, which taught them magical yin-yang powers and no, that's not a gross simplification. That's literally what it is. Then Kai tries using it, and apparently that makes him a bad man who Must Be Stopped.

Why? What was he hoping to gain? What was the point of collecting all of the kung fu master's "Chi" energy to become stronger? Did he want to take over the world, or was he just going to stop and be satisfied once he beat Po? What was the end-goal here? It feels like either they ran out of time in the movie or they simply forgot to elaborate on this.

Tai-Lung wanted something to make him feel like he hadn't wasted his life. Lord Shen wanted to spite/impress his parents.

Kai just swings his God of War-style knives on chains to a catchy song because the film needed a Bad Guy. 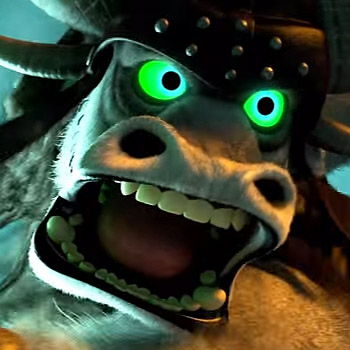 He says at one point, about Oogway that "I loved him like a brother... and he betrayed me!". That's pretty much all we get from the guy. The real tragedy is that that's a great way to START a character arc. If it were more heavily implied that Oogway intentionally tried to erase knowledge of Kai from history, Kai's bitterness might seem a little more justified. If the film made any attempt to suggest that Oogway might have been in the wrong, the way even the people we deify were known to make mistakes, this character might have had a few more dimensions to him. Maybe he could have tried to take the stupid Panda Force Power to help win the war they were fighting. You know, the one that got Oogway injured in the first place? Which is why they sought Panda Force Powers at all. I guess everyone forgot about that war against who knows during who cares.

In fact, Po doesn't even really fit into this plot at all. Kai's beef isn't with him, it's with Oogway, and he wins that fight in the first three minutes. Maybe if he blamed the pandas for Oogway betraying him, that would actually involve the main character of this movie in the main conflict.

Even barring that, this movie really needed a moment where he is asked why it matters to him. Where Po and the main antagonist talk it out, and we can imagine them being so close to resolving things peacefully. We needed to hear Kai say how he was betrayed, how Oogway choosing a bunch of strangers over his closest ally was such an insult. We needed to see more of that hurt in his voice. We needed to know that Kai loved Oogway, because without that, we have no reference for how deep their split cut into him.

Being able to infer all of this through subtext is one thing, but it doesn't feel like the script acknowledges the villain's motivations, the way the last two movies did. So in the end, it just feels mechanical and in service to the plot, instead of the natural reaction of thinking, feeling creature. And I still don't understand how the final battle went down, or what happened to Kai in the end, and he's the only antagonist in these movies that I couldn't really feel sorry for, because it didn't earn that pity.

It's a shame that an otherwise enjoyable movie has such little imagination when it came time to present its' last major opponent. It doesn't ruin everything, it's not a Dark Knight Rises style disaster, the rest of the movie is a solid final chapter. But it's still kind of a bummer that all of the tension rests on such a weak portrayal of a threat.


I have just learned that Kai's theme music is actually an adapted orchestral take on Imagine Dragon's "I'm So Sorry". I wonder if they could have included that as it was. Might not have fit the tone, but if the Sonic games' music have taught us, even stupid lyrics can give character development we remember years later.

Phantos
Alex "Phantos" Hill is an idiot. He has spent his whole life trying not to be an idiot, but is known to do stupid things like talking in the third person. Seriously, what a dork.