A year ago today, my Dad died.

Never found out the exact cause. Step-father found him unresponsive in his bed. It sucks. It sucks and I hate it and I wish he was still here.

He played a lot of guitar. Sometimes I'd hear him playing all the way down in the basement. It occurs to me that I'll never hear that sound again. Never get to show him something stupid on the internet again. Never get to sit and eat dinner and tell each other about Stuff.

I'm afraid of dying. I know it'll happen to me. It happens to everyone, no one gets to escape it. I would do anything to prevent it. Or barring that, ensure that there is some form of existence after death. Some people are okay with oblivion. I take no comfort in non-existence.

I honestly thought he'd outlive me. Next year I'll be half as old as he ever was.

Really put into perspective how much of my youth I wasted. Not just on hobbies that went nowhere, but also just not sharing enough of my time or my dumb nerd hobbies with him. I was always too scared to "bother" him. Even though he wouldn't have been upset or anything. But I respected him so much, and I thought I'd have more time later.

Death is closer to me today than it was 10 years ago, or 20 years ago. I wish I had that time back.

I've been writing fan-fiction of the video game "Monster Prom" for about half a year now. It's kept me busy during quarantine. It's been an outlet. But like everything I've ever done, it will be regarded by a handful and forgotten. Whatever legacy I leave behind will also die. Even if I somehow gain fame posthumously, I'll never know it or see it.

There was so much I wanted to do and to be, and to show him. But death is the end of everything. And if I ever do amount to anything, he'll never know it. I robbed him of that.

And also, I think he loved me a lot, and didn't care if I became Space President or whatever. But when I think of what an annoying brat I was growing up, I wish I'd done more to repay the childhood he helped give me. I wish I could visit his old apartment in Toronto back then, with the ratty but comfy couch, the box fan on top of a milk crate, the X-Men and music memorabilia. I didn't need to have long, philosophical discussions with him. I just liked HIM. He didn't need to be a [BIG SHOT].

...Maybe I don't need to be too dang Important either.

If nothing else, it made me make sure to spend more quality time with other family members.

Life sucks, but it's the only one we've got. 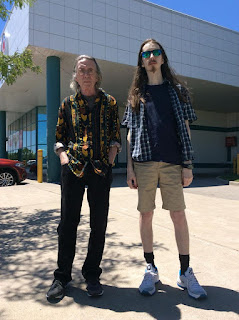 Oh shit, I'm a bit late to this one.
Top 10 list of my favourite things of 2018. Not the BEST things, not an objective list, I'm not deciding which one is better from a historical standpoint.
-----
10. Hereditary 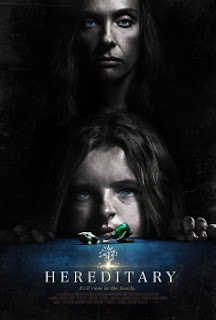 Devastating. I don't think I can bear to watch it a second time. Toni Collette too truly summons the anguish and insanity of grief for me to to want to witness it twice. Very rarely is a horror movie TOO effective in its' goals.
-----

I bought Mortal Kombat 11, and it is everything that little kid me from the 90's could have ever wanted from one of these games. I wish I could go back in time and show him this, and then feel bad because I really shouldn't be going around to children showing them gorey video games.


It has this thing called "AI Battles" where you assign certain moves and playstyles to characters and have them fight battles for you. I have no idea why it's in this game, or who it's for, but I'm not complaining. It has made getting a lot of the different fashion items for the characters easier.


I guess the AI stuff is for someone like me, who is never going to "git gud" enough to play these games on a professional tournament level.


There was a time when Mortal Kombat was on top of the world and also terrifying to white suburban moms. Looking at some of the new fatalities is actually kind of upsetting at times compared to what was considered shocking in the 90's. It's especially bad when you realize you can play as Johnny Cage and also his daughter Cassie, and then have him use her torso as a ventriloquist dummy.


Even the story mode is fun. It's like a mediocre-to-decent action movie, kind of like that first MK movie that people seem to revere. To the point where they got the likeness of the actor who played Shang Tsung for his appearance here.


I wish you could play as Cyrax and Sheeva, and I hope they're DLC at some point. And seeing Scorpion and Sub-Zero finally settle their differences and work together as allies in the story mode made the child in me happy. More than I thought it would.

jesus, it's almost been a year since the last post in here

most of that was playing breath of the wild. If I'd played that in 2017 when it was released, it would have been in the previous end-of-year list. That game is a fucking masterpiece. Reading back some of my old zelda posts here, there was a long time where I truly thought the franchise was a corpse.

In fact, I cringe at most of the stuff I've written here. That's also why I haven't written much lately. I don't like 90% of it, and the other 10% I end up hating eventually.

So why am I typing this with the intention of posting now?

Because I was finally able to think of a 10th thing I liked last year. So Fave of 2018 should come whenever I feel like it.

I finally got a Nintendo Switch. It is adorbable and teeny-tiny and I can't handle that.

I have now played Breath of the Wild, seven million years after everyone else already moved on from it. I'm only about an hour through the game, but I'm going to see how long I can get through it without putting any pants on Link.

I was hoping to have paid for it from art commissions, but that requires a paypal account and a paying audience and not being in a ruined state in terms of artistic growth. So my dad bought it for me.

The shame at being such a pathetic baby that needs his parents to buy him his toys is palpable. But I seriously don't have anything else going on in my life, I've lost a lot of heroes in the last couple of months and I doubt I'm going to have a chance to be an adult anytime soon. If I'm going to waste the days until I'm dead, I might as well do some wacky shit in Hyrule.

Email ThisBlogThis!Share to TwitterShare to FacebookShare to Pinterest
Labels: Breath Of The Wild, Nintendo, Switch, The Legend Of Zelda, Video Games 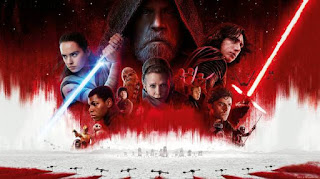 The closest thing I ever had to a religion was Star Wars. I'm not proud of that. Maybe I needed something to devote myself to but religions didn't interest me. In any case, it wasn't healthy. I still remember treating a gold-coloured boxed set of the classic trilogy on VHS like they were the dead sea scrolls. When my sister and I got into a fight and the case for it was slightly warped, I freaked out. Screaming, crying, like someone shot my dog.


Sorry about that, Laura.


I'm not saying it's wrong to love these movies, or like them. I'm saying I took it too far. It became a gross obsession. Which is why you're about to read perhaps the most controversial thing I've ever said:

I'm glad that the prequels are so terrible.

I put off this list because I lost my ability to explain why I like things, and also because I was hoping I'd be able to afford a Switch by this point. So, no mario odyssey or breath of the wild on this list I'm afraid.

let's get this shit over with: 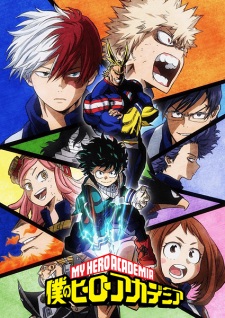 There is an infectious power and heart to this show. It's obvious that the people working on it care a lot. I wish I felt that way about my own stories. If I had that kind of motivation, I might have even finished one by now.

Phantos
Alex "Phantos" Hill is an idiot. He has spent his whole life trying not to be an idiot, but is known to do stupid things like talking in the third person. Seriously, what a dork.